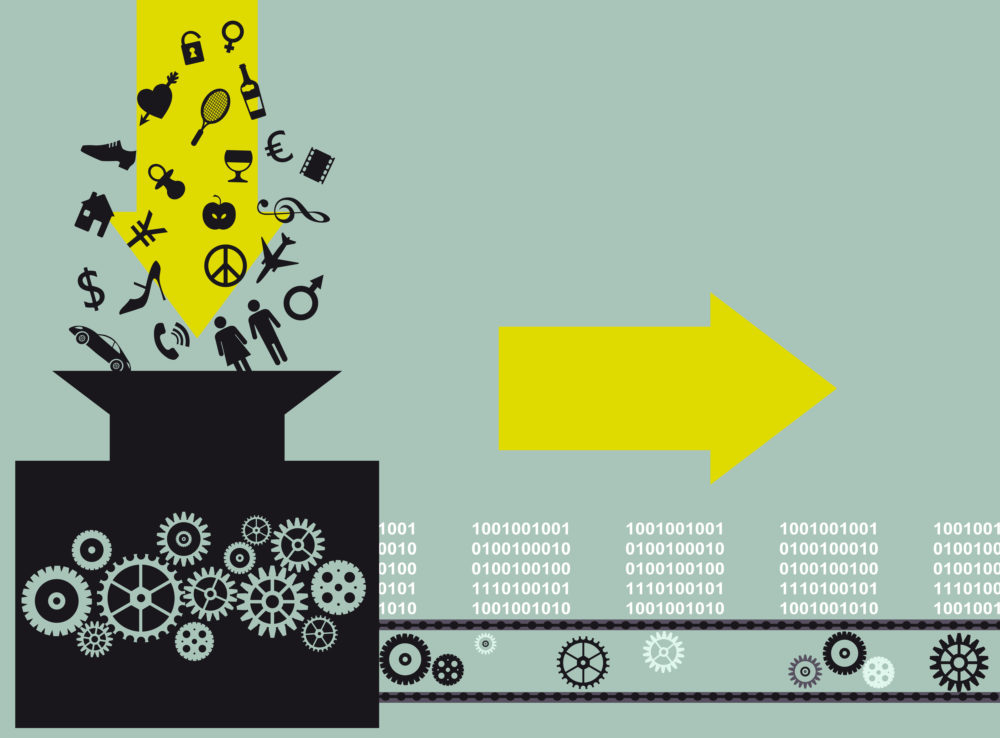 Naive Bayes is a supervised learning classification technique based on Bayes’ Theorem with an assumption of independence among predictors. That is, a Naive Bayes classifier assumes that the presence of a particular feature in a class is unrelated to the presence of any other feature. It is a popular technique for text categorization, judging documents as belonging to one category or the other (such as spam or legitimate, sports or politics, etc.) with word frequencies as features.

In this demo, we use a set of emails or documents that were written by two different individuals. The purpose is to train a Naive Bayes model to be able to predict who wrote a document/email, given the words used in it. The GitHub repo with files is here.

The first section of the script loads the data.As usual, we split the data into train and test sets using the Scikit-learn method sklearn.model_selection.train_test_split. 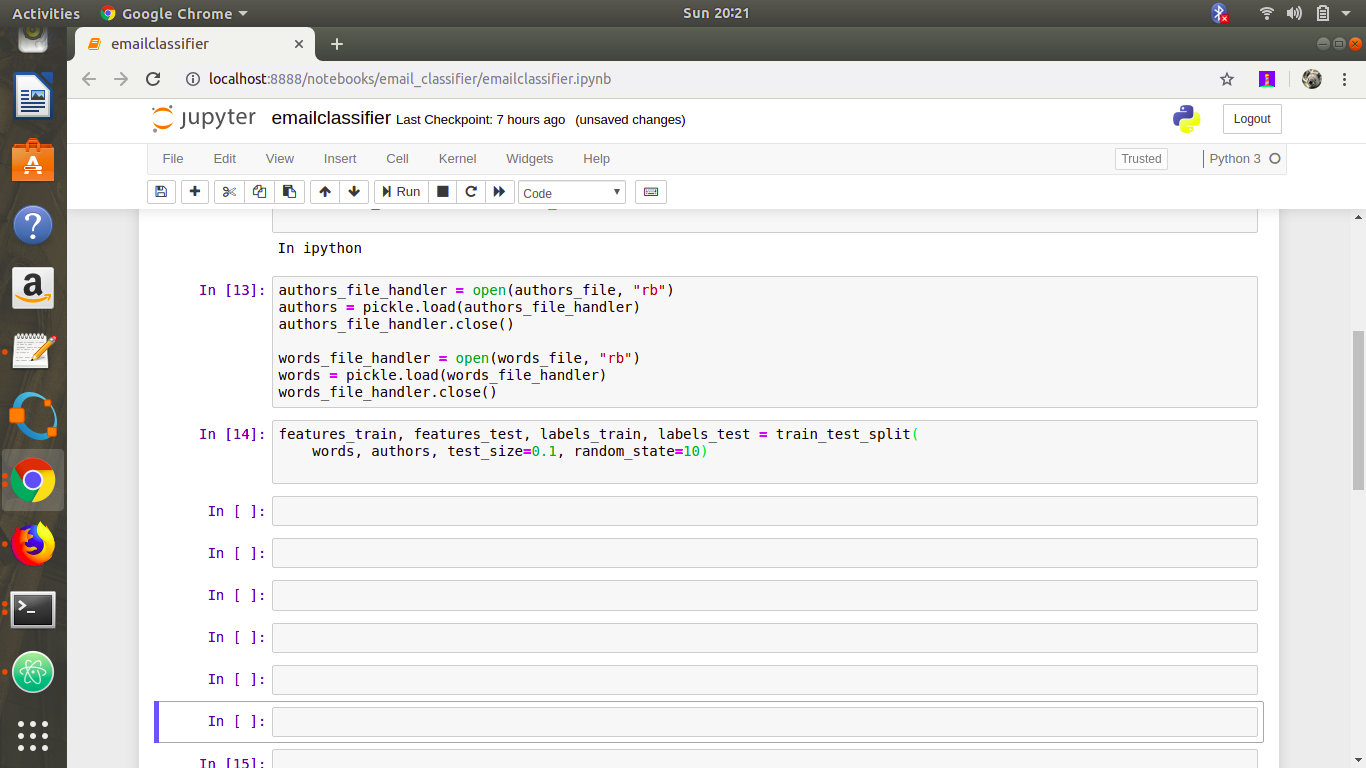 When dealing with texts in machine learning, it is quite common to transform the text into data that can be easily analyzed and quantify.Fortunately for us, Scikit-learn has a method that does just this (sklearn.feature_extraction.text.TfidfVectorizer). 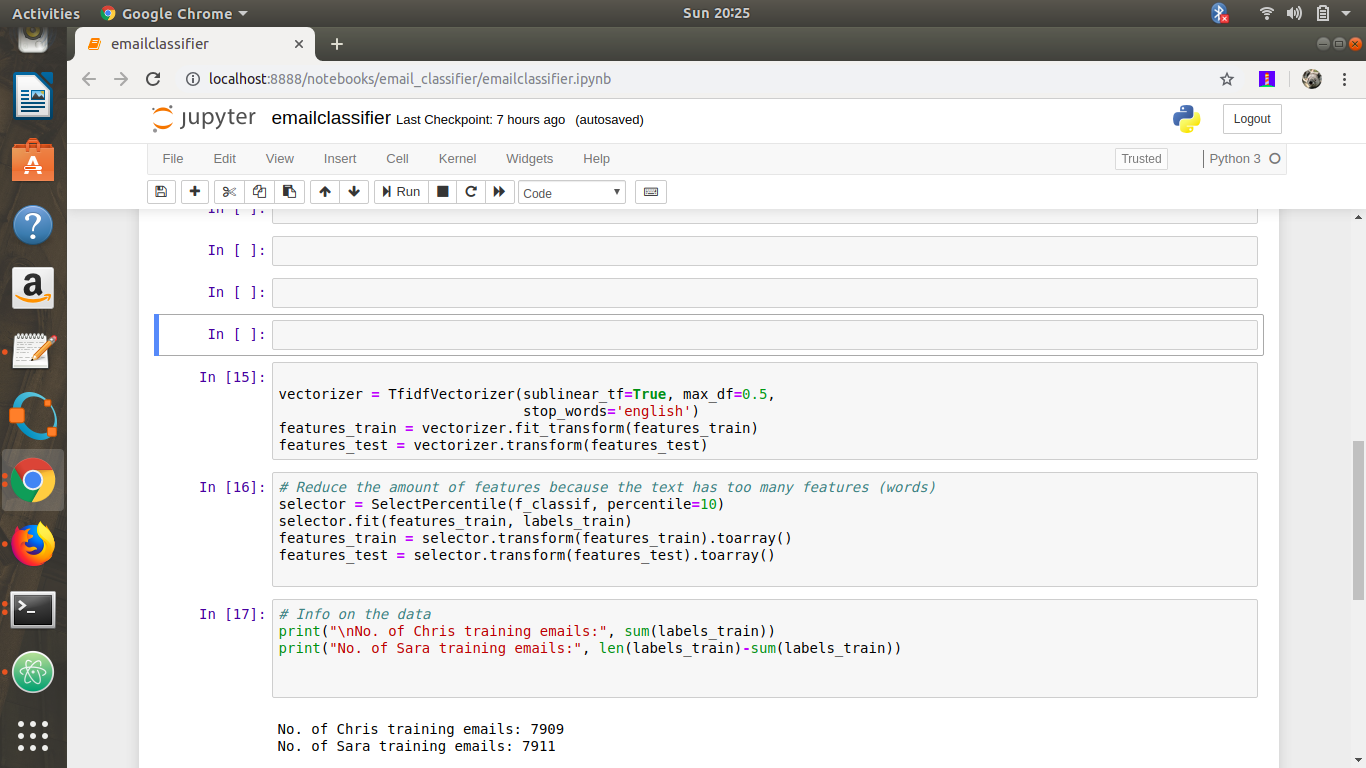 In general, training machine learning models with Scikit-learn is straightforward and it normally follows the same pattern: 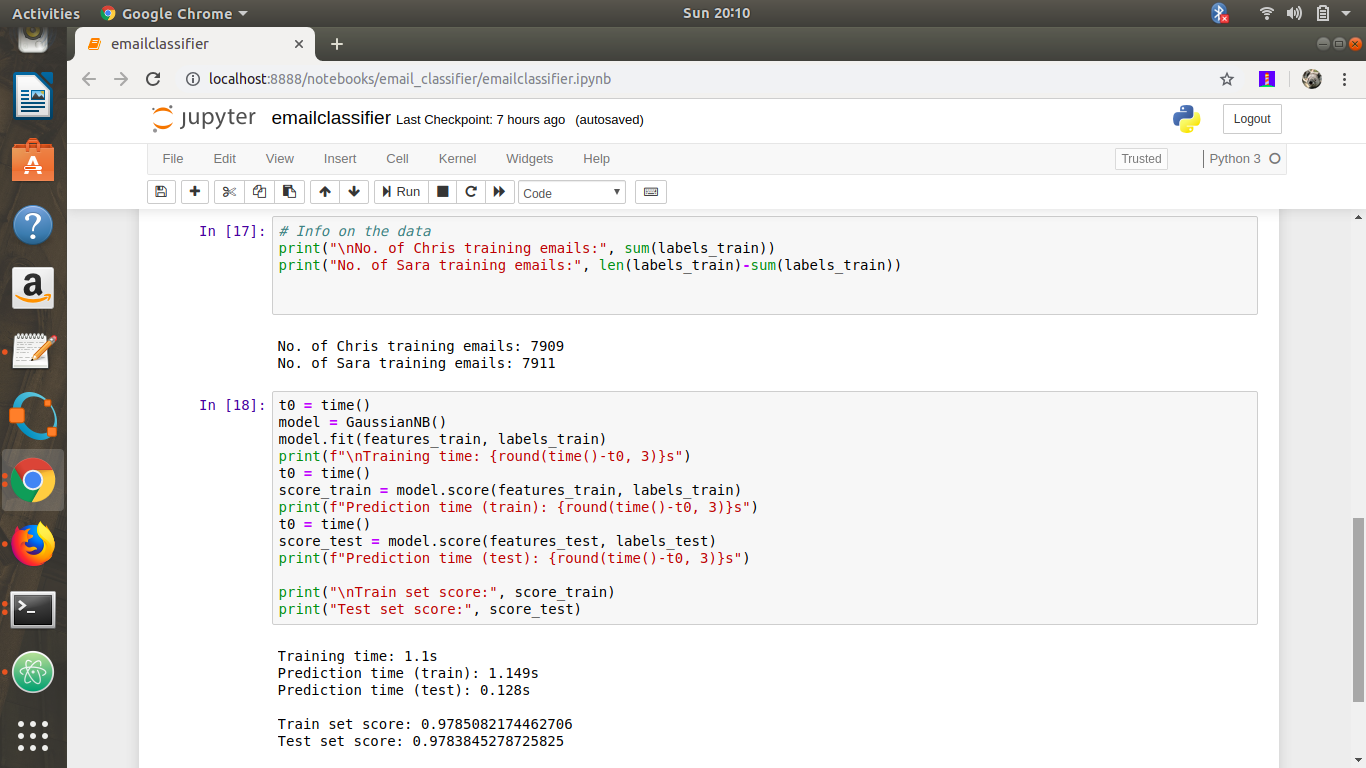 You can also try 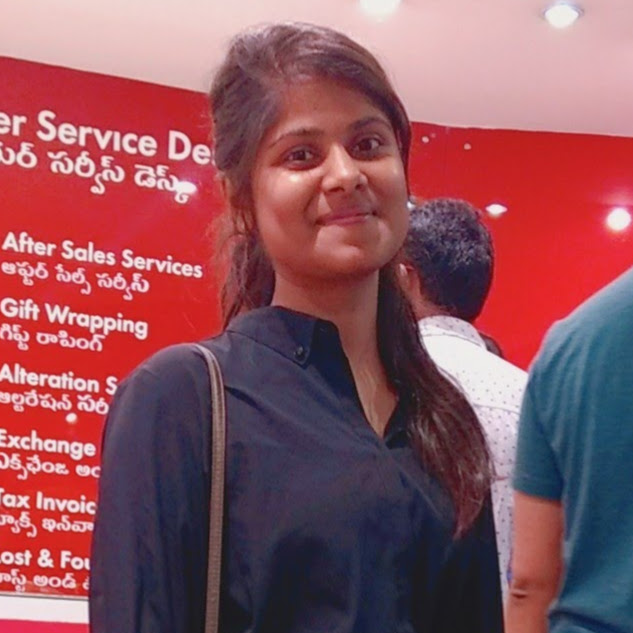